One of our favorite things about RV travel is that our children are able to learn history and science through experiences rather than textbooks.  There were two short stops that we wanted to make while in the area of the Navajo Nation. 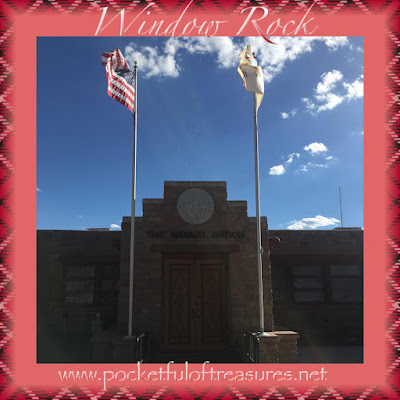 The first stop, which we did on our way to Canyon de Chelly, was Window Rock.  This small city serves as the capital of the Navajo Nation.  It’s main attraction is the window formation of sandstone (the “rock with the hole through it” - tségháhoodzání in Navajo) that the community is named after. 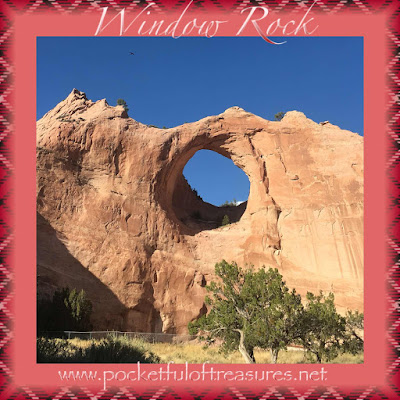 At the base of this sandstone formation is the Veteran’s Memorial which honors the Code Talkers of WWII.  Philip Johnston, a WWI Veteran, was raised on a Navajo reservation as the son of a missionary to the Navajos.  He suggested the use of the Navajos to Major General Clayton B. Vogel at the start of WWII to transmit coded messages. 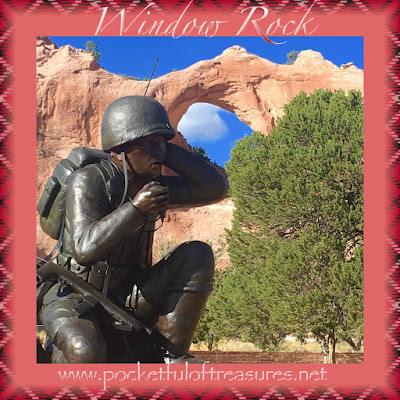 In 1942, 29 Navajo recruits attended Bootcamp.  Despite their harsh treatment by the US Government in the past, they felt that this conflict involved Mother Earth and that it was their duty to defend her.  The complex grammar and syntax of the Navajo language created an unbreakable code, which made it possible for the marines to successfully take Iwo Jima.  The Navajo Code Talkers program remained classified until 1968, and it was not until 2001 that the original 29 Code Talkers that developed the Code were recognized and awarded the Congressional Gold and Silver Medals.

If we had more time in Window Rock, we would have visited the Navajo Nation Zoo and Botanical Park, but we wanted to get into Canyon de Chelly before dark. 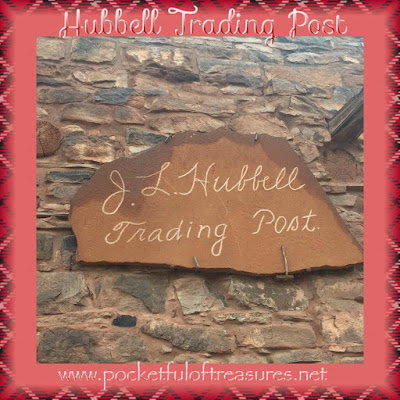 After visiting Canyon de Chelly, on our way to the Petrified Forest National Park, we stopped at the Hubbell Trading Post National Monument in Genado, Arizona.  The Visitor Center does a wonderful job of presenting the history of the Long Walk and thus the importance of this Trading Post.  We spent about an hour here because it was a rainy day, but you could easily spend 2-3 hours in nicer weather or when demonstrations are going on. 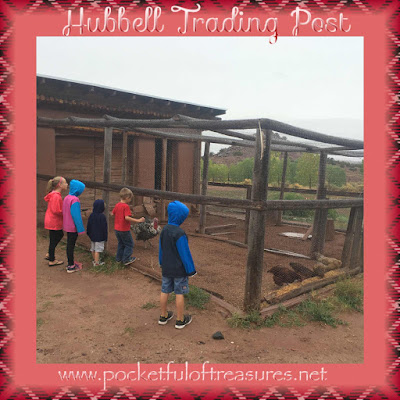 When the Navajos returned to their land following the Long Walk in 1868, their way of life was destroyed.  Fields were trampled, herds decimated, and homes burned.  They were in a deep economic depression and trade was necessary for their survival.  John Lorenzo Hubbell purchased the Trading Post in 1878 (10 years after the Navajo’s returned from their exile).  Hubbell family members operated the Trading Post for nearly 90 years before it was sold to the National Park Service. 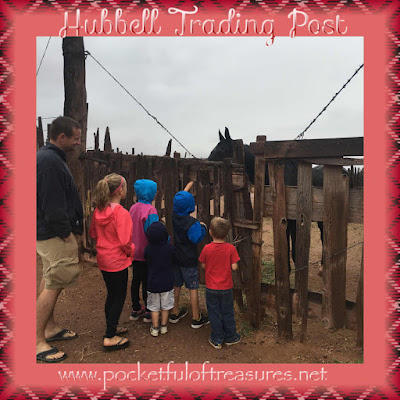 You can tour the historic grounds and see the barn, horses, chicken, sheep, bunkhouse, brick oven, guest Hogan, and more! 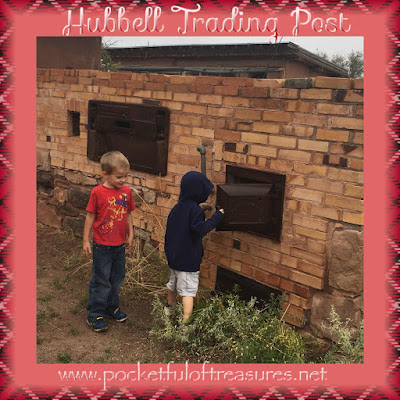 Shop in the oldest continually operating Trading Post in the Southwest for authentic Navajo rugs, jewelry, baskets, and rifles. 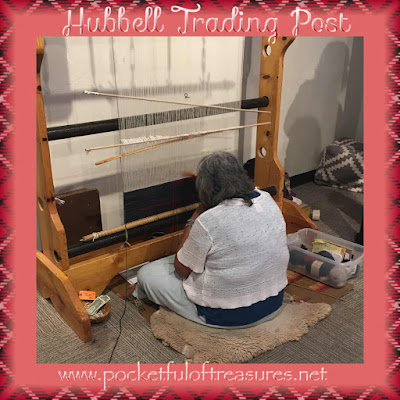 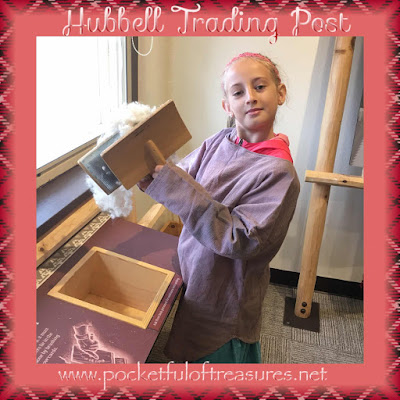 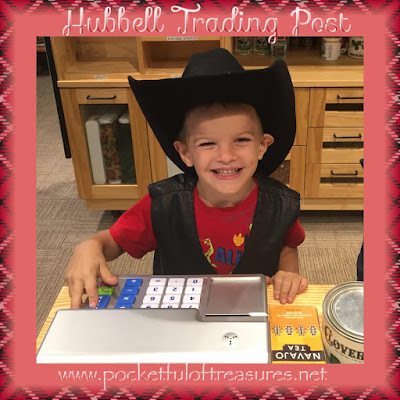 And perhaps the kids favorite part was the Children’s Trading Post in the Visitors Center, where you can let their imaginations run wild as they play and learn! 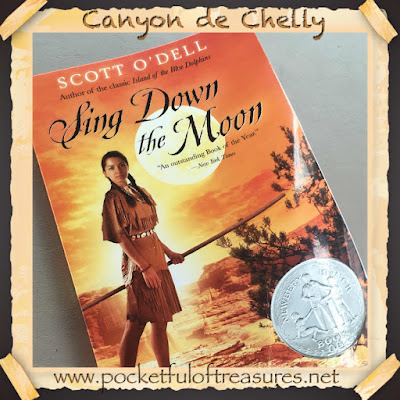 Reading Sing Down the Moon has helped our children understand the devastation of the Long Walk and see the importance of the Hubbell Trading Post.