For Christmas this year we loaded up in the RV and we in search of family, fun, and Florida sunshine. We had originally planned to go to Saint Augustine, but the weather moved us further South to the Space Coast.
We were able to get last minute reservations at the Titusville KOA. This particular KOA I'd rate just as ok. We did book the sites last minute, but we booked two of the same type of sites at the same time for the same price. When we arrived, they told us they were not able to put us next to each other and one of the sites was more expensive than the other one (even though the RV park was not very busy, there were plenty of sites next to each other, and online we had booked the same type of sites at a lower price). I'm not sure if the person working there did not know how to correct it, was too lazy to correct it, or the KOA system is really that inflexible that it couldn't be corrected, but everyone in our crew was tired and not willing to fight it. The spaces are concrete and level. There was a playground  and the kids did take a quick dip in the small pool. The laundry facilities were clean, but it seems to draw a lot of locals, especially in the evening. It is conveniently located though, and there is a Dunkin Donuts just across the street (and this momma runs on Dunkin, lol). 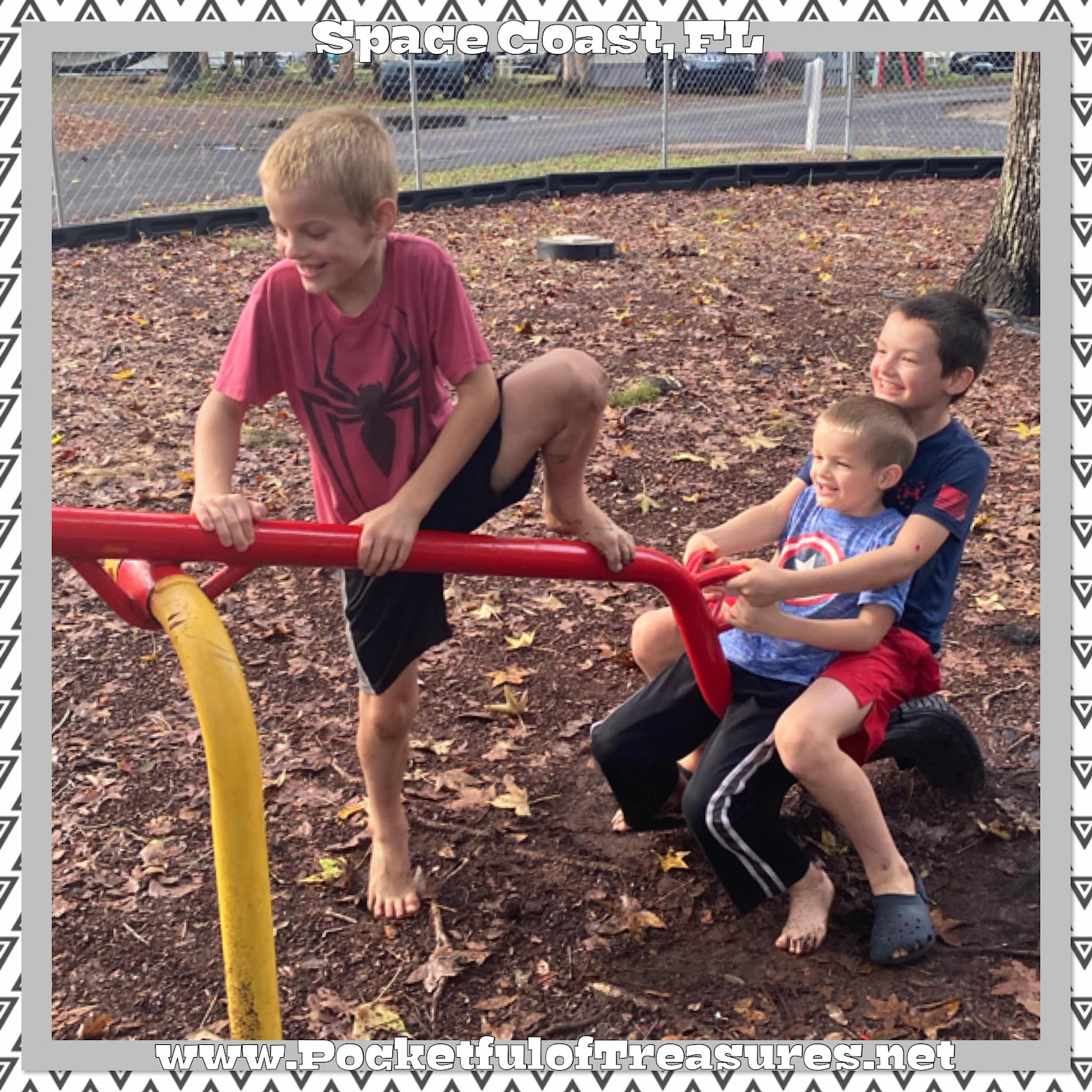 You are also only a few miles from the launching sites. There was a SpaceX launch at 5am one of the mornings we were there. I woke all the kids and we watched the countdown eagerly from our phones, but unfortunately it was so cloudy that you could only see a slight blob of light rise behind the clouds. You could still hear and feel the launch though, and the kiddos were still happy that I woke them up so early. We have been to the US Space and Rocket Center in Huntsville, AL, and even though I hear that all of the Space Centers are awesome and unique in their own way, we decided to skip the Kennedy Space Center this trip and wait until some of our boys were a little older, and to try a different adventure. 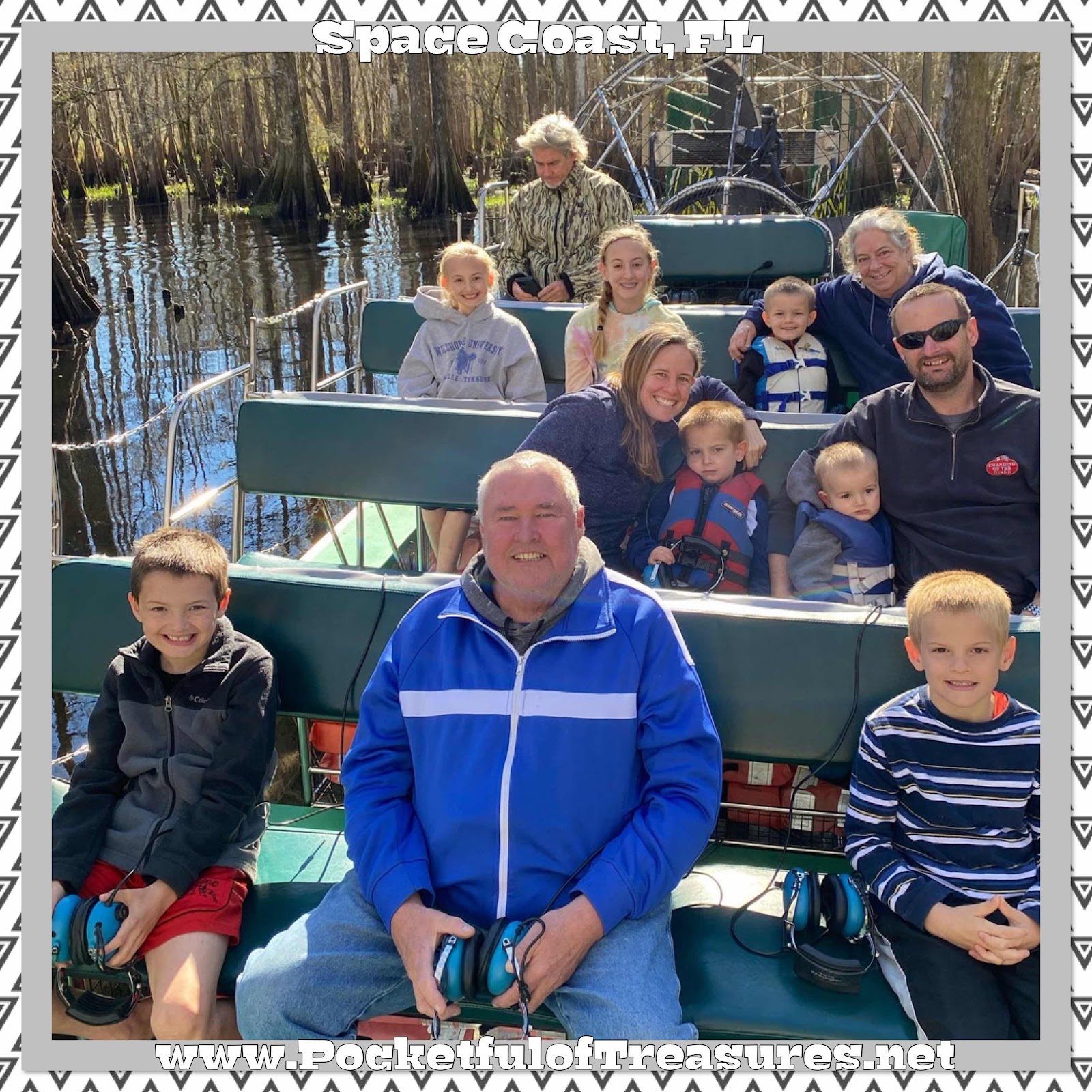 So what better way to celebrate Christmas than a trip to Christmas, FL for  Airboat Rides at Midway. This was a fantastic family adventure! Everyone from the youngest grandchild through the grandparents was able to go and enjoy this tour together. 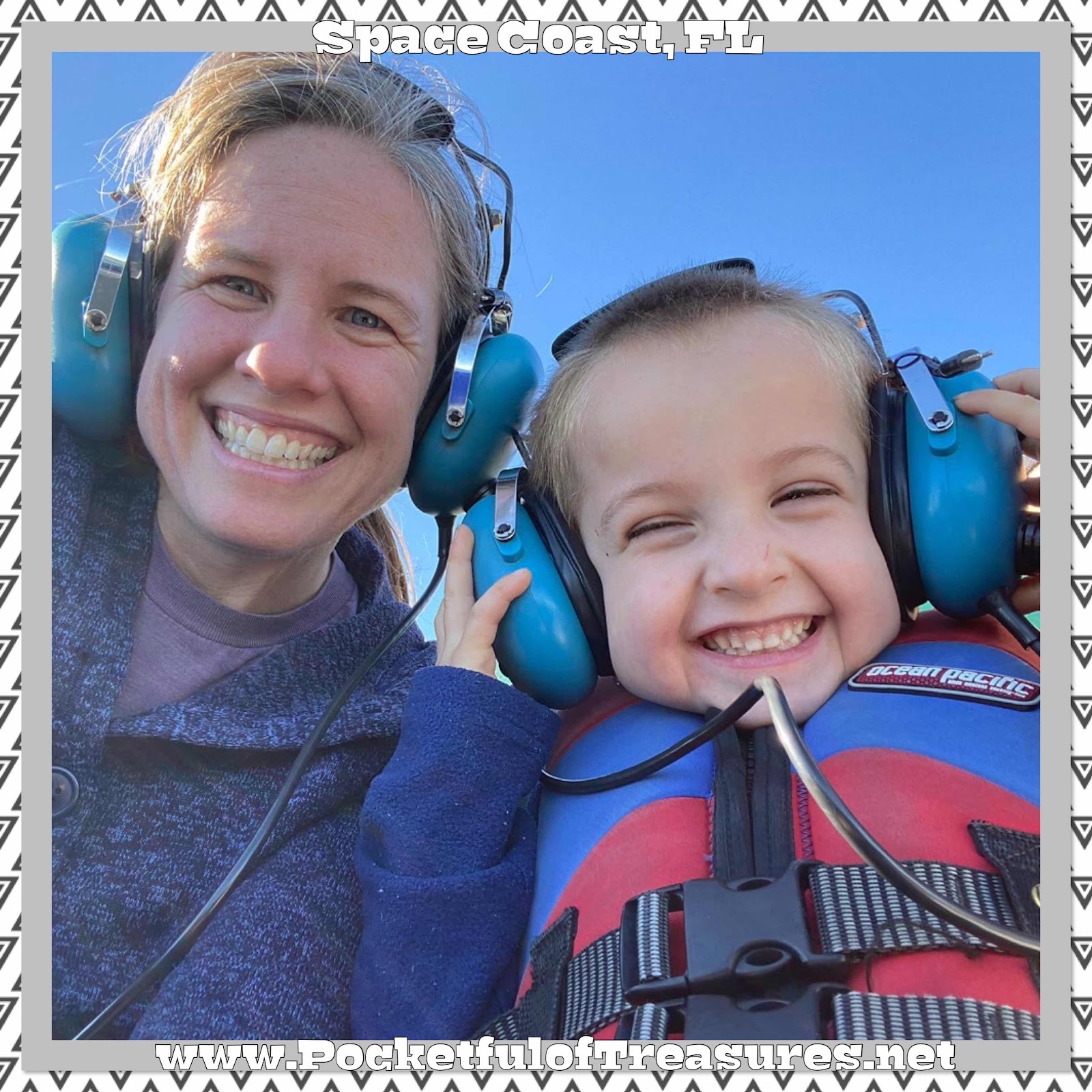 Everyone is provided with a set of headphones so you can hear your tour guide. The boat is LOUD and the wind was COLD, but our kids all did great and had a blast. Dress warmer than you think you need to! 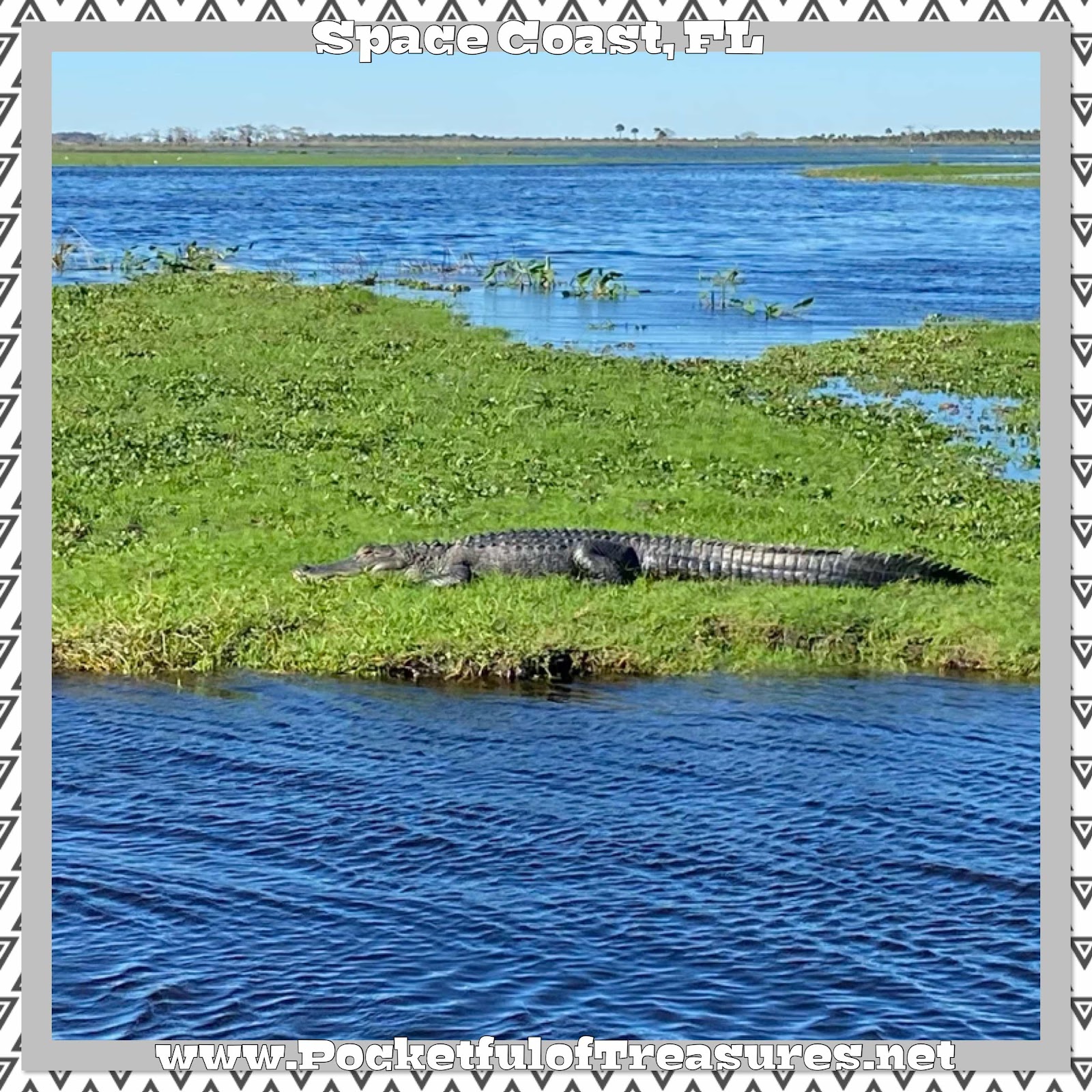 The kids wanted to see an alligator and our tour guide made that happen. We actually saw more than one and I was surprised how close we were able to get. We also learned a lot of facts about the wildlife we saw. 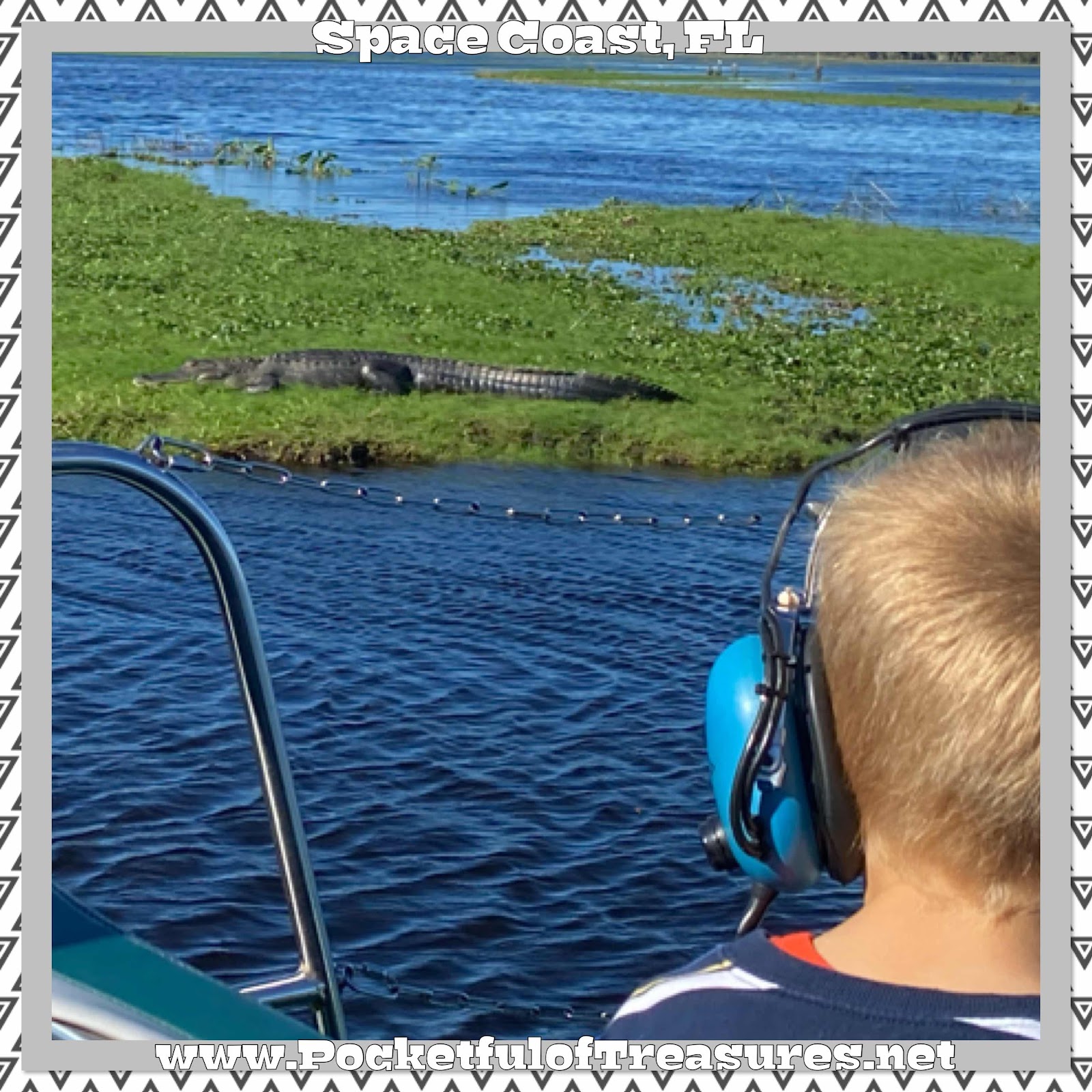 They are located on the St. John's River. Cattle actually roam these wetlands. 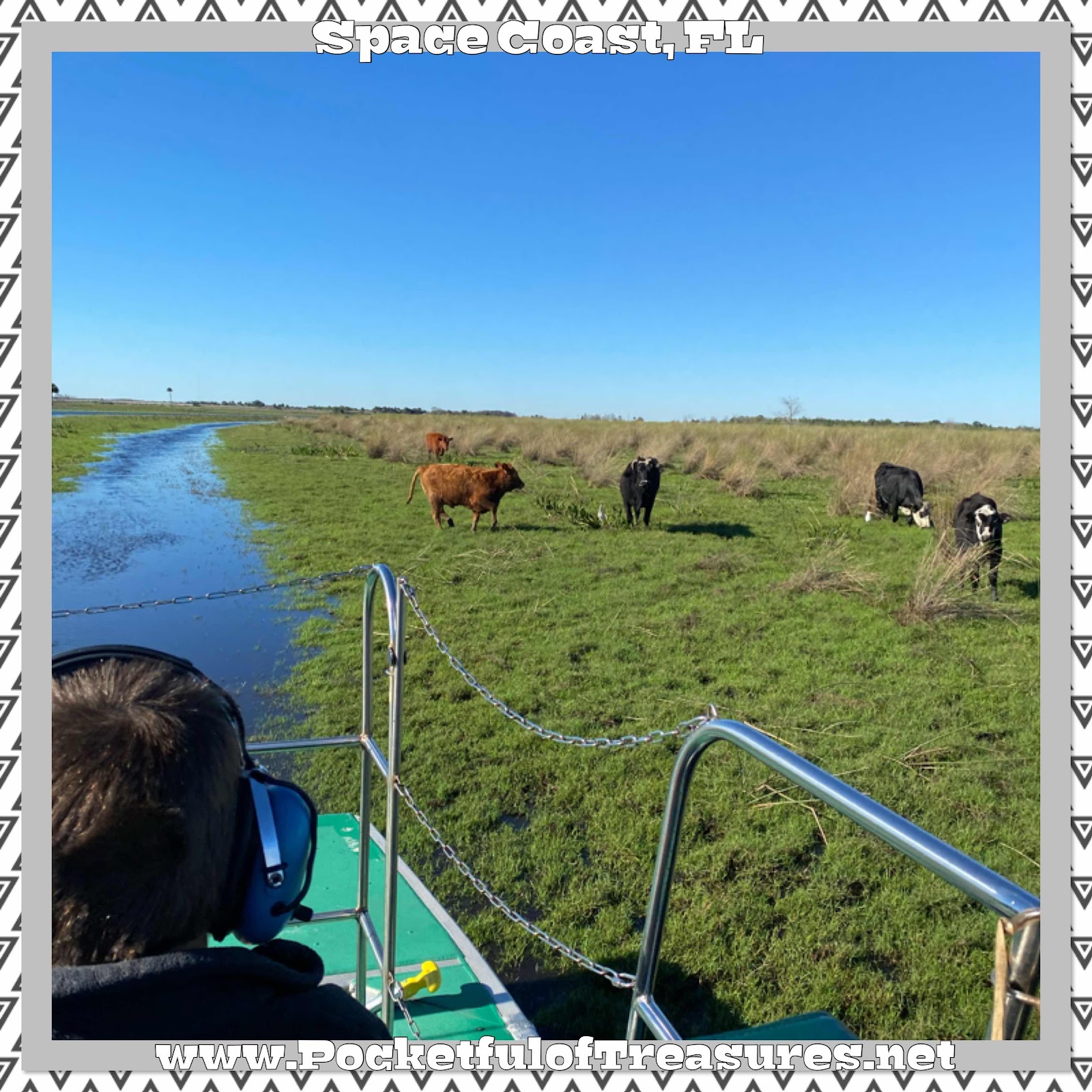 We saw many different types of birds, including bald eagles, but our favorites were these pink Roseate Spoonbills. 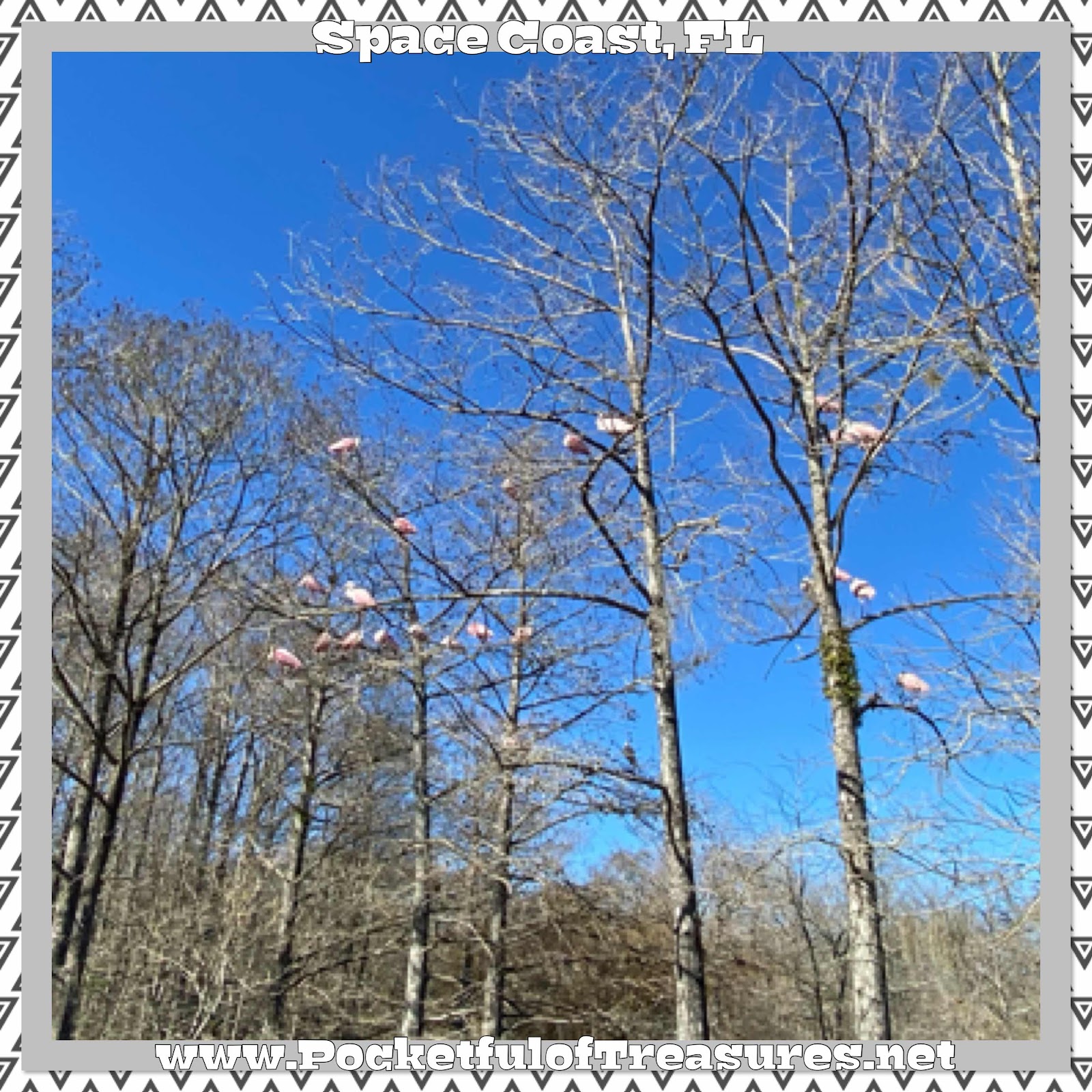 In their gift shop they also have animals that you can look at and interact with, including birds, snakes, their beloved pig Porkchop... 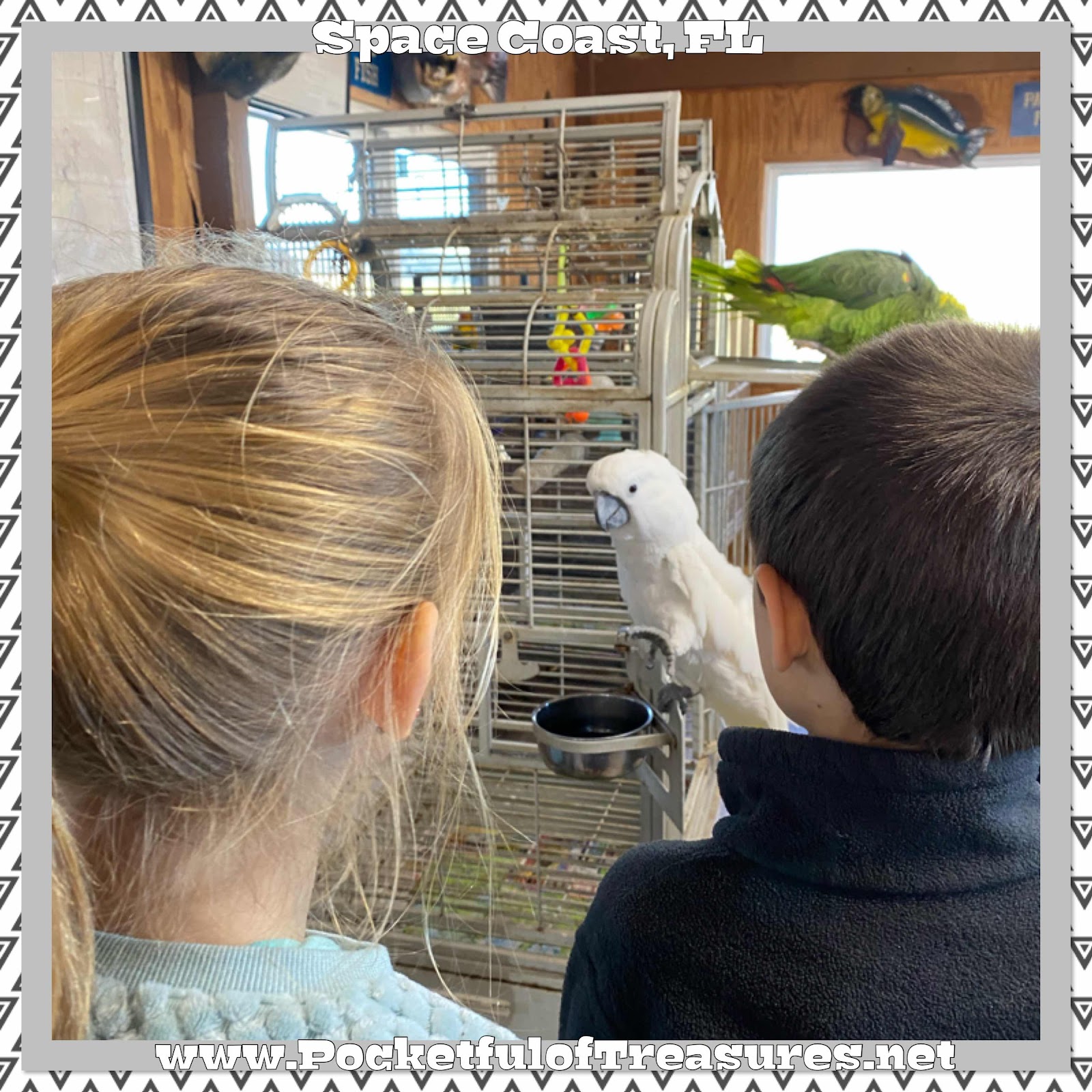 and ALLIGATORS that you actually get to hold! This is perhaps the coolest part of the entire experience. Some of our kids were more intimidated by the alligators than others, but we all got a chance to hold one and pose for a photo. 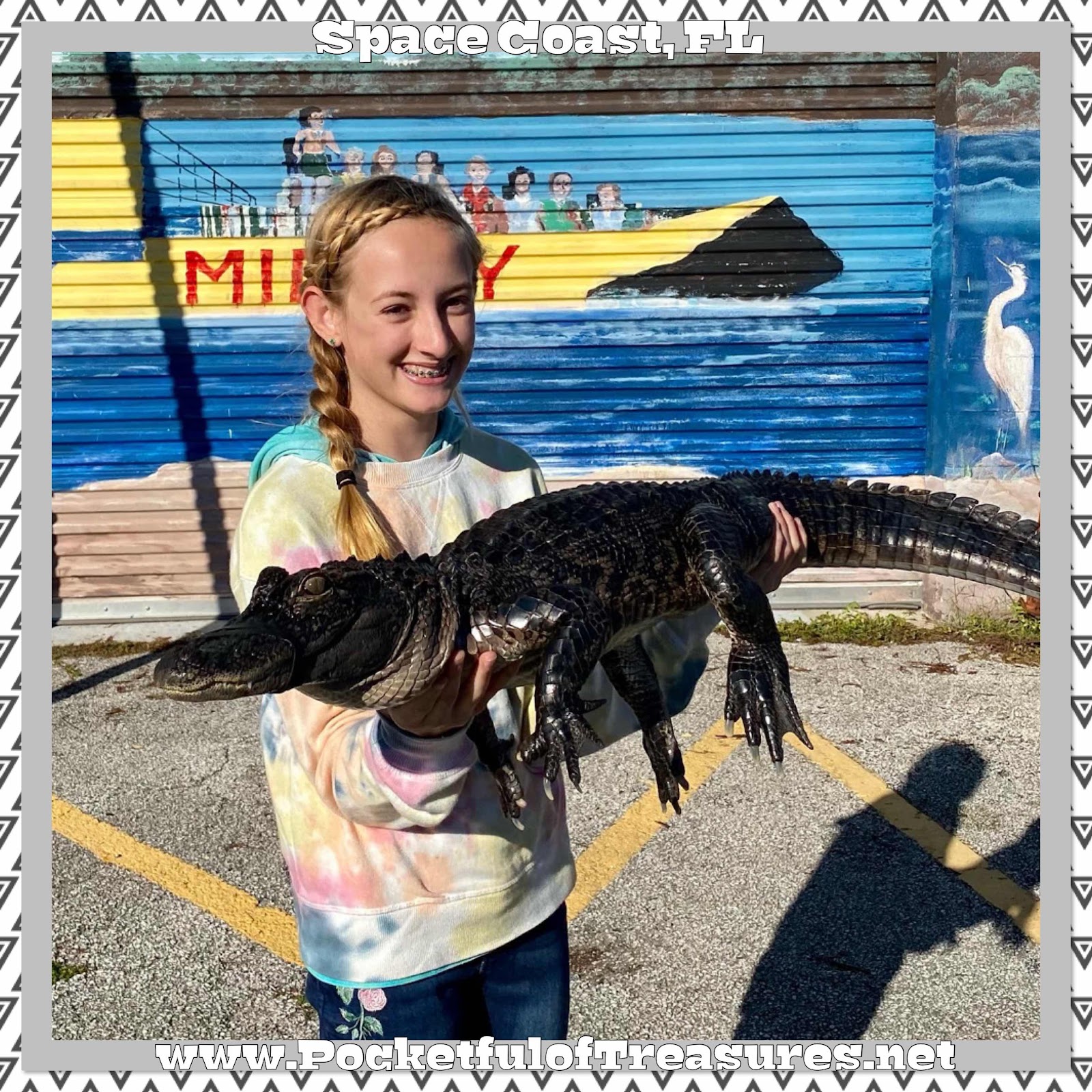 Remember those Roseate Spoonbills that I told you we saw? Well after our airboat tour we headed to Merritt Island National Wildlife. The Visitor Center has some exhibits on the wildlife in the area. 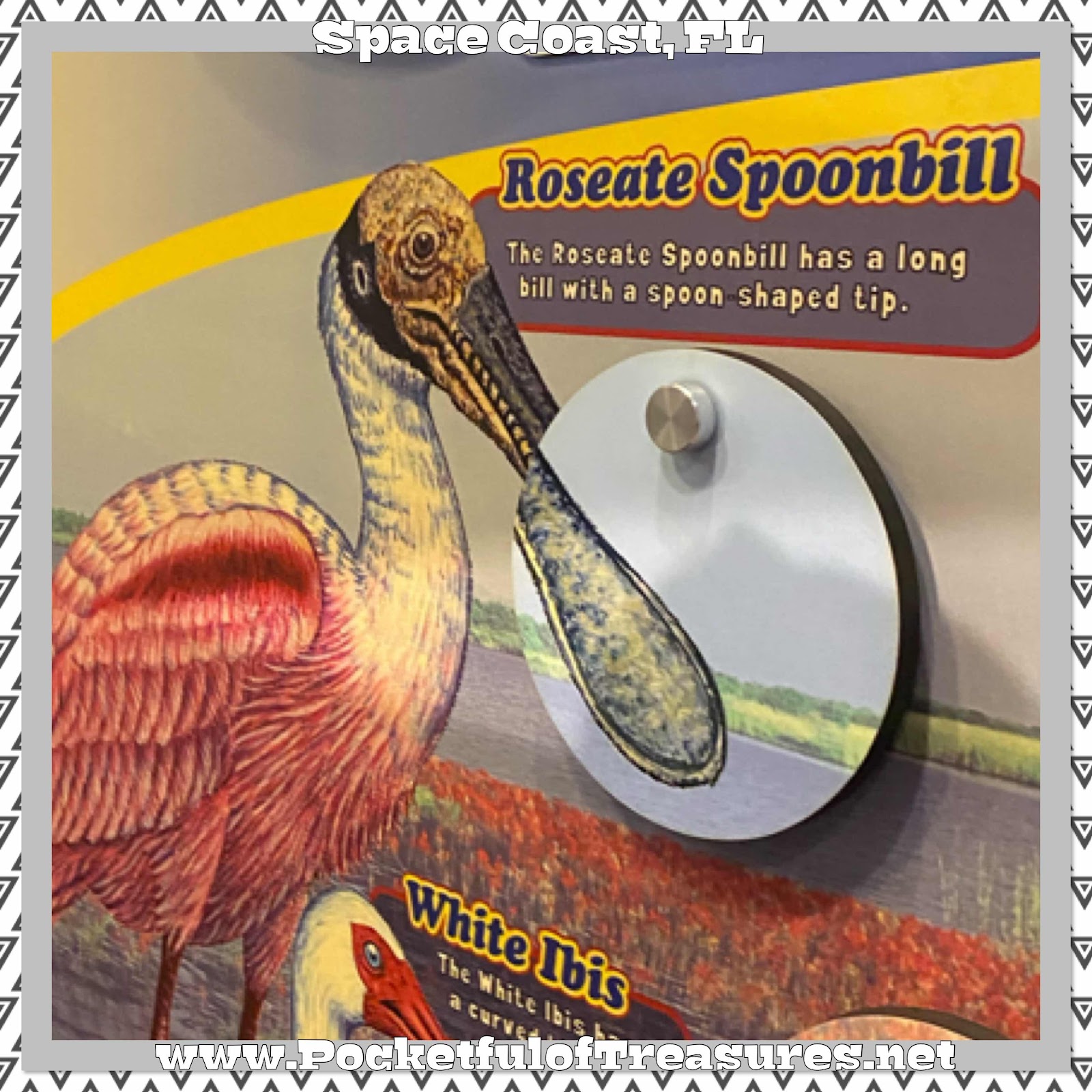 There is also a short boardwalk nature trail. 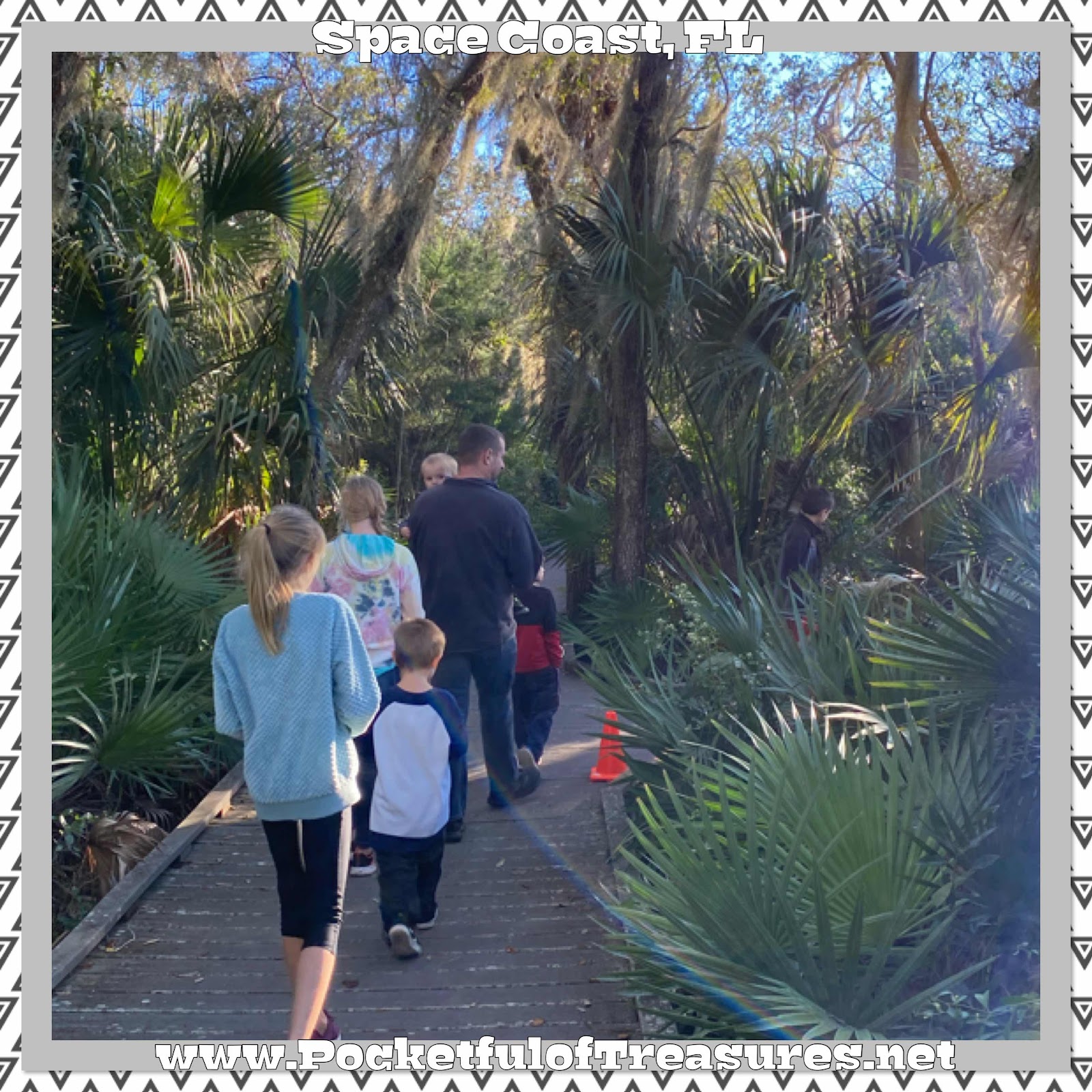 From there we drove out to the Playalinda Beach, which is part of the Canaveral National Seashore. You do need to have a National Parks pass to enter (or you can pay the daily use fee). On the drive we saw a couple of HUGE alligators sunbathing along the side of the road. 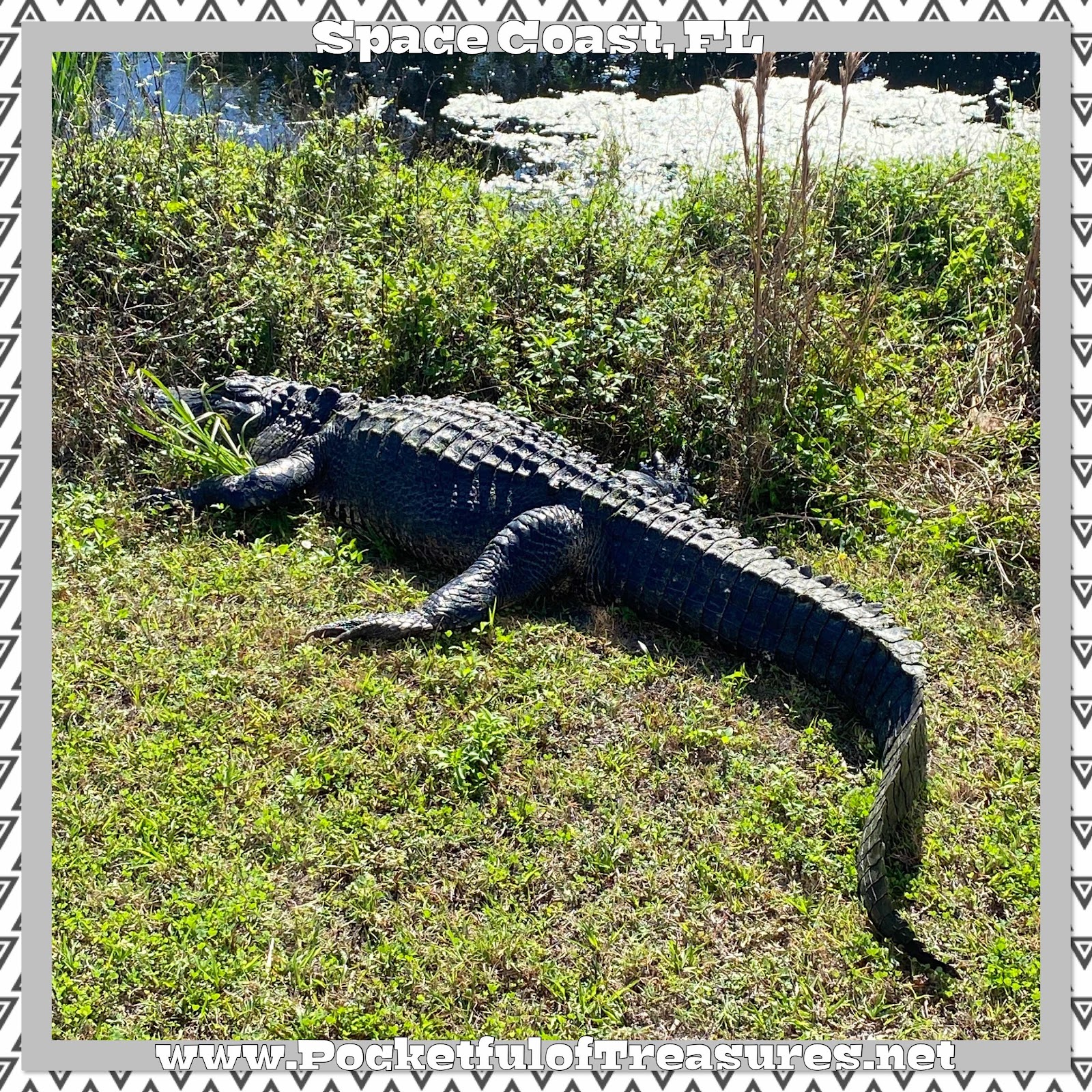 Be warned! Nude sunbathing is allowed at Boardwalk 13, and I have read that you can often encounter nude sunbathers at the earlier boardwalks as well. Fortunately, it was a cool, breezy day and we were one of the only ones at the beach so it was not a concern. There is RV Parking at Boardwalk 2. 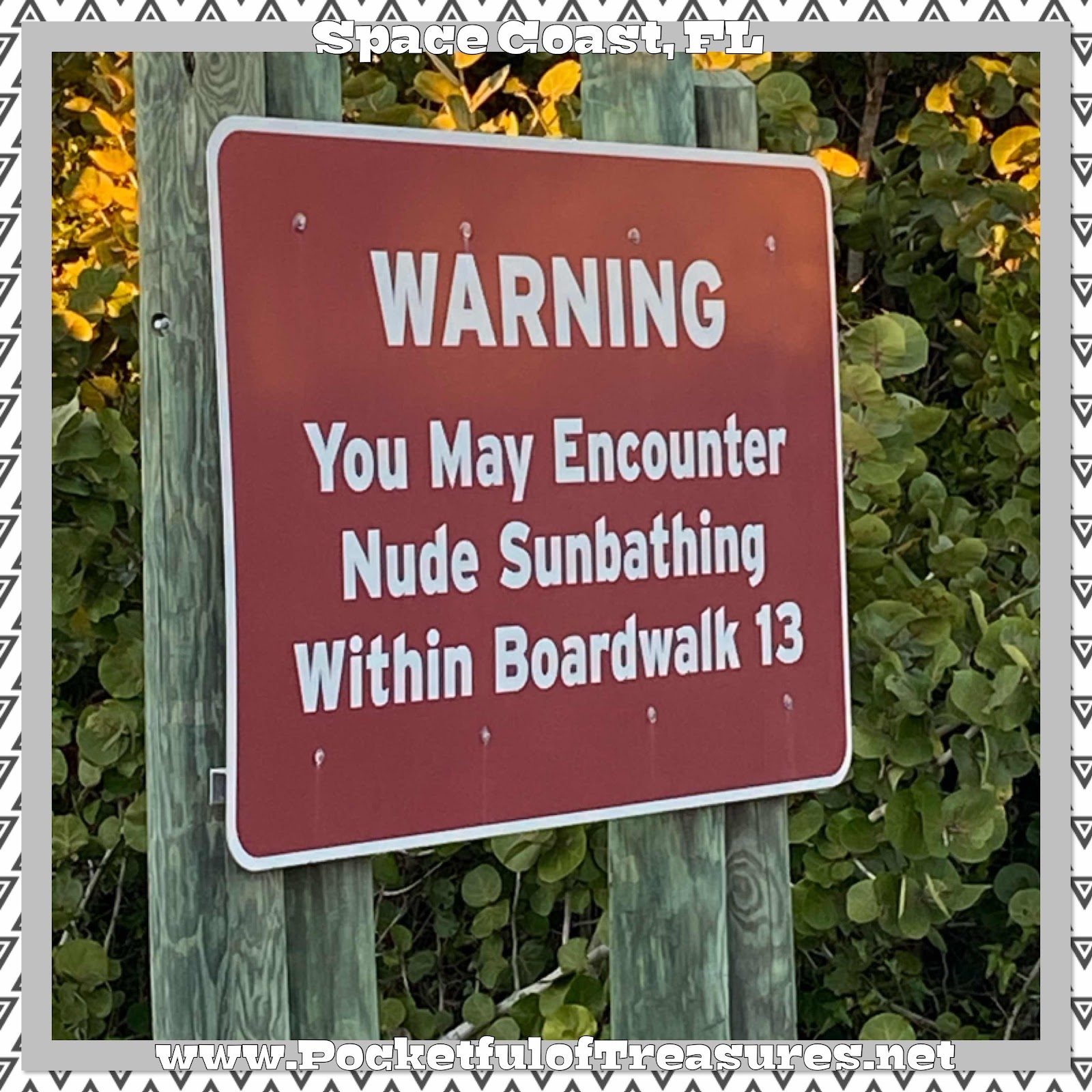 The kids did not mind at all that it was cool and breezy and loved having the beach to themselves. 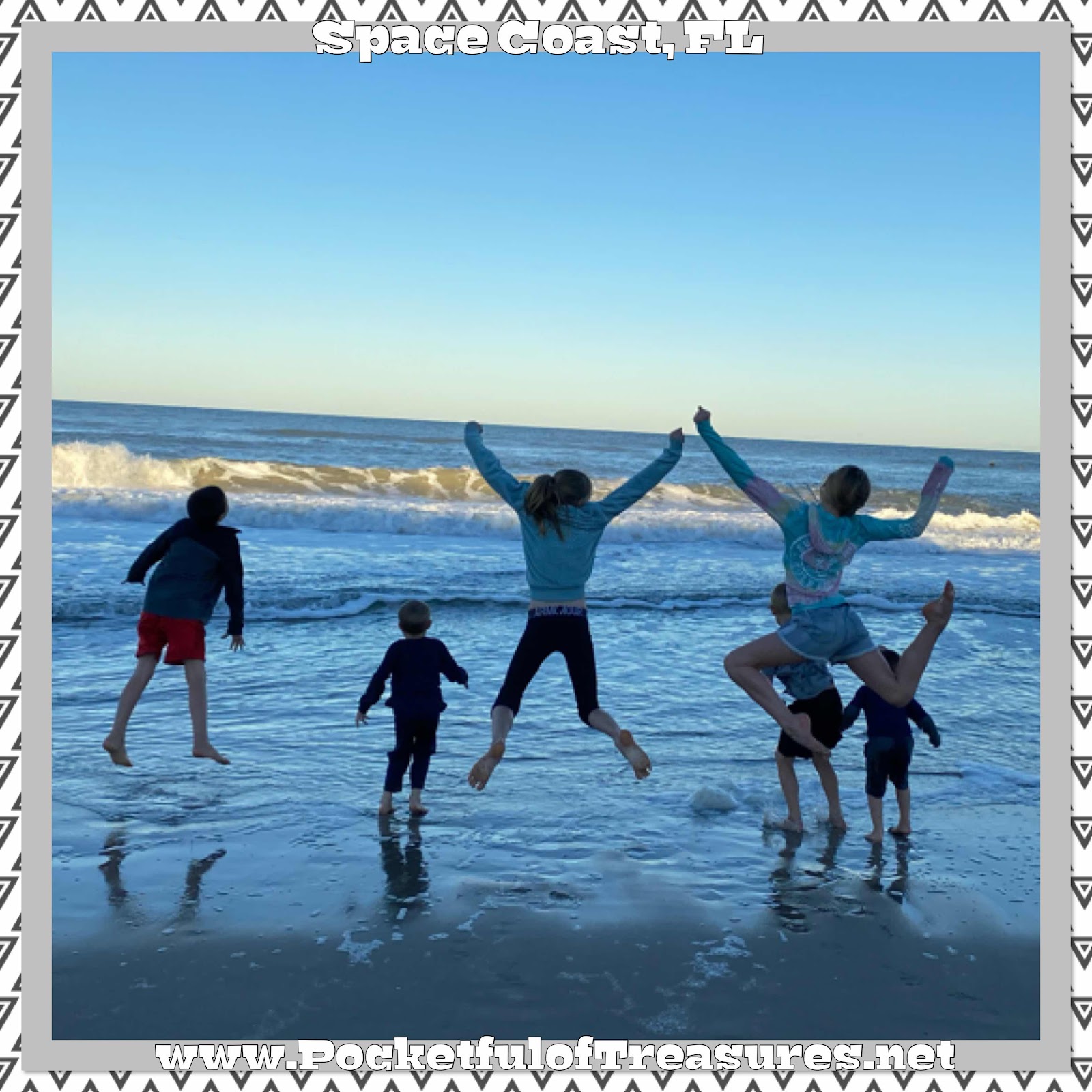