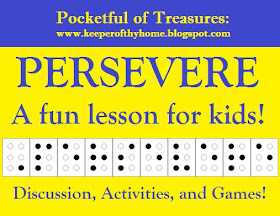 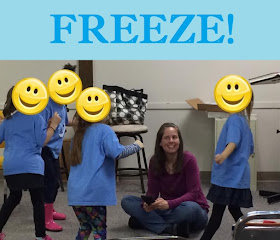 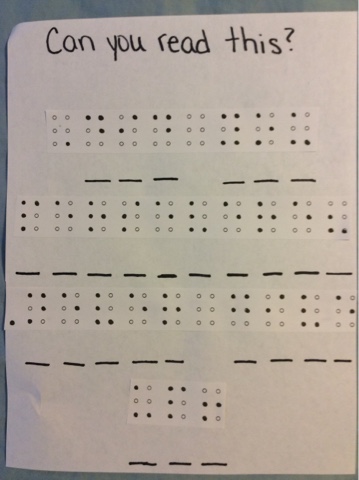 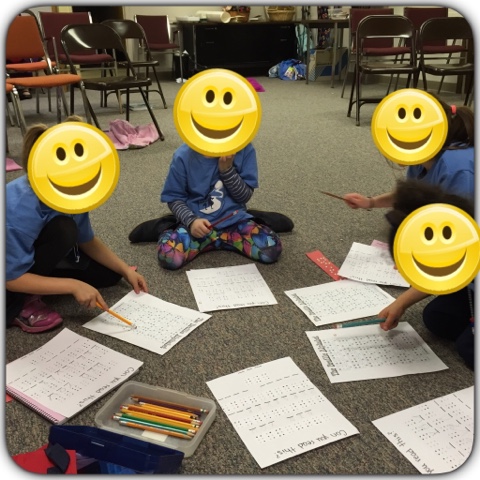 Game:
Play "Fanny Crosby", similar to "Marco Polo" but on land.  One child is chosen as "it" and blindfolded.  For the safety of everyone, do not allow running and make sure the space is clear of hazards.  Whoever is "it" yells "Fanny" and the rest of the children respond "Crosby".  By listening, the "it" person will try to move towards the other children, with the goal of tagging them.  When tagged, that person then becomes "it".
at 9:49:00 AM
Share